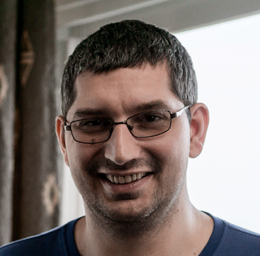 When I came to Israel in 2004 from the Siberian city of Irkutsk, I went through all the difficulties a new immigrant had to face. After personally dealing with these problems, I had the idea of creating ways to make support more readily available, flexible and multi-functional. Here in Israel nine years ago I met Nataly, my wife-to-be who came from Odessa. Today we have five children. We have been fully involved in charity work for over five years now, together with supporting international organizations, altruists and philanthropists from the U.S., England, Holland, Australia and other countries around the world. The Jezreel Valley Support foundation first shelters those that have gone through tragedies in their lives. Among them, there are Holocaust survivors, WW2 veterans and Nazi ghetto victims. Moreover, we had to reach out to those who lost their health at Chernobyl, the disables, and broken families.